The Chief of Military Police's office is dimly lit by the light hanging above, shrouded by cigarette smoke and good ol' fashioned Almayer air. Across from him is a doctor, one who he had ordered to grab his prisoner's medical records so he could examine them.

The doctor leaned slightly over the table, then held out a white folder, with "Karlsson, Olaf" printed on top of it. The chief nodded at him in appreciation, then grabbed the folder from his hands. The doctor then stood there unsure if he should stay further or get back to work, but this confusion was quickly dispelled by the waving of a dismissal hand. Once the doctor had taken his leave, the chief took a drag of his cigarette, then flipped open the folder with a lazy swipe of his hand. The front page had these contents printed upon it:

Ethnicity: 100% Swedish, no other traces found.

Notes: Tattoo of a Valknut on his right shoulder.


After reading this paper on the physicals of a Mr. Karlsson, it would match the man in the brig cell perfectly. Swiveling around in his chair, he opened a filing cabinet and began to flip through the seemingly endless folders to search for the specific one he wanted. After a minute or two, he pulled out the security records of Olaf Karlsson, then leaned back in his chair. A cloud of smoke shrouded the papers, until it disappeared and revealed the security records.

► Show Spoiler
Background: Born 02/20/57, he was born in Björkliden, Sweden. His father, Ragnar Karlsson, was a devout Asatru man, working as a fisherman in this very secluded part of Sweden. His mother, Elsa Karlsson, had no work, and stayed at home and raised Olaf along with his brother Erik. We have concluded that his impulsiveness, irresponsibility, and either stupidity or bravery originates from this Asatru teaching of Valhalla, Odin, and all the old Norse Gods, as well as the seclusion of the town. All of these factors have lead him to be a very aggressive, almost barbaric man that values loyalty and honor above all.

Olaf graduated high school barely, but then launched himself into the civil conflict between the UPP sympathizers in Sweden and the democrats in Sweden, sticking to the side that he fights on today. It is rumored that his brother Erik had joined with the UPP, but there are no confirmed reports. After an intense two years of fighting, the UPP were suppressed within Sweden, and Olaf had nothing to do. He came to the U.S in search of something to do with his existence, reports saying he was a wanderlust fool, in search of a righteous cause.

A recruiter picked him up eventually after hearing his tale of fighting the UPP in Sweden, and he was assigned to a bootcamp in North Carolina. There are multiple reports of aggressive behavior:

Due to sheer skill, be it physical or tactical (Note: He has a good mind for military tactics, but his personality may get in the way of it) he graduated from bootcamp, and was assigned to the U.S.S Almayer, where he resides today.
The chief would nod slowly at reading the information, it would match the vibes off the man he dragged in earlier for beating a man who cut him in the requisitions line.

USCM relations, stated by Olaf Karlsson.
► Show Spoiler
Luna "Firecracker" Thyatos: I don't talk about her. We're friends. That's all. (Marines report she beat him in a boxing match, he seems to hold it as his greatest failure.)

William "Jester" Crimson: Brother, leader, hero, all of these words describe Jester. I hold this man to my highest respect, and would walk through hell and back if he wanted me to.

Boris Bourbon: The epitome of badass, has had my back on multiple occasions and will continue to do so.

Masamune "Nippon" Sanada: I always thought the whole Japanese culture was pretty pussy, but this guy reminds me of the old school Samurai shit. He's cool in my book.

Valentina Garilovich: A loveable trickster. I'd watch out for this one.

Uriel "Whitey" Turner: Another great SL, this guy can keep his cool in the desert. He also has some good jokes, would definitely have his back against the world and then some.

Chen "DiscoKing" Westinton: I saw him dance once, I am still in awe to this day.

Emilio Greene: This guy takes the cake, he is my brother in arms, always there when I need him, never lets me down. Greene will always be my favorite marine, and he'll always be my brother.

Anthony Johnson: One of my best friends, this guy can shoot straight, think straight, and keeps his shit in check. Good man.

Gerald Noodles: A bit goofy here and there, but overall a cool fella.

Christine "Rabies" Kennel: A great CO, and doesn't act like a commanding asshole. Very real with us boots, and I'm glad to have her as commander.

Luke Compton: Trigger happy, but it's badass to me since I'm not in the crosshairs. Respectable man.

Carlos "Rookie" Ramirez: Haven't seen him in a while, but back in the day he was a force to be reckoned with.

Sam "Green" Greene: Another Valhalla worthy man, I can't count the amount of times he's dragged my ass out of the gutter.

Bill Carson: He can be rude at times, but I just think he's like me. Loud and proud!

Godwin "Elite" Agg: This guy has some jokes on him, and overall is a competent marine. Glad he's on my side.

Rain Winterson: One of my favorite people since he's an RO, has gave me an HPR or extra attachments on some occasions.

Barnabus Jones: Has a sweet coat, and knows how to look cool while fighting in it. Good man.

Ritona "Misfit" Sterling: A goddamn amazing SO, always knows when to check in, and always gets us the right supplies.

James "Gunslinger" Barker: Born straight out of the wild west with those eyes, could hit a fly from a mile away. I trust him to have my back.


(More will be added, this is just all off the top of my head.)

After reading all of this, he decided that the prisoner Olaf Karlsson would be in some deep shit. He would increase his sentence so he would miss the first drop, hopefully learning his lesson not to tussle around. Lifting himself out of his swiveling chair, he would begin to lazily walk out the door to the brig room. After walking through the door, he noticed the brig glass was smashed, and an MP on the ground, unconscious. Sprinting out of the brig, he saw the man he took in earlier on the Normandy as it was lifting off. The chief tried to sprint over and hail the Normandy back, but it was too late. All he could do is see the burly Swedish man laugh, then throw the MP's I.D. card at him. "Farväl, chief!"

And here i was hoping your character was either norwegian or danish, but alas, he's just a filthy swede. That fact alone is grounds for arrest.
I play "Mudder Plantagenet" and that's it, no fancy quotes or anything.
I'm also a click clacker

Its an honor to save your life all the time. Takk

Back in the day, eh? ;p Maybe, I gotta start being active again
Carlos "Rookie" Ramirez

Hah~! You got beaten up by a damn girl! to your credit, I am pretty tough, not many are brave enough to spar with me, so its no worries.
Luna "Firecracker" Thyatos

Just another trooper, here to do her job!
Top

simonset55 wrote: ↑
29 Jan 2018, 02:25
And here i was hoping your character was either norwegian or danish, but alas, he's just a filthy swede. That fact alone is grounds for arrest. 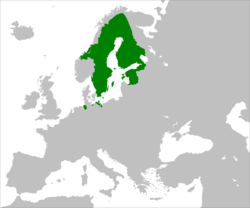 
Rain Winterson: One of my favorite people since he's an RO, has gave me an HPR or extra attachments on some occasions.

>Calling Rain a He

>Greentext anywhere but on a Kurdish yodeling recital website

Jokes aside, Karlsson is a good guy. Always enjoy roleplaying with him.
Top

Jokes aside, Karlsson is a good guy. Always enjoy roleplaying with him.

I can't remember the details but I do remember you for RP we had or something.
Nice Dossier too mate.
St Joseph of Cupertino - Patron saint of air travelers, aviators, astronauts, people with a mental handicaps, test takers and poor students.
Commander Jacque Devereaux AKA SSGT Cassius 'Santa' Klaus Predator: Pau'Tar

You forgot to include the time I brigged you for trying to interfere with a faustian ritual
"Stay together, stay alive!" -Edmund 'Jerry' Faust

Not terribly robust, but will give runners bananas.
Top

Watching Luna beat you up was pretty great. 10/10
Chen "DiscoKing" Westinton Proud recipient of the "Realest Nigga on the Bloc" Award. My Dossier, it's good. Trust me. Read it.
Secondary Objective: Stay Safe, Stick Together, Kick the ass of anything that might need an ass kicking. If you find any booze bring it up to CIC for me please.
Not everyone who lost their life on Space Nam' died there. Not everyone who came home from Space Nam' ever left there.