Julio Borras wrote: So vato, you wan't to know about the Jefe who came from shit and worked his way to the top. Ay dios, it's really not a long story, but I will humor you amigo." 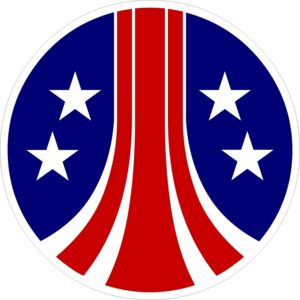 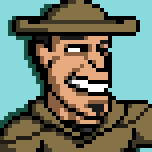 
Julio Borras wrote: I grew up in what you would call a shit barro on the moon. Every day was a struggle, and we did what we did to survive amigo. You either did two things on that shit hole. You mined until you died, or you took what you needed to survive. In the end the policia pendejos gave me a choice. The marines, or 10 years in some shithole prison at the end of the outer rim. I chose the marines vato. Looking back, I should have chosen the prison.

Julio Borras wrote: Its a simple story vato. I'm the dumb Mexican who worked his way up from the bottom because I was the lucky one to survive. I had to turn in my trusty Cucaracha Smartgun for stripes, and eventually my strips for Jefe bars. I don't even think I went to Officer Training School. I have no idea why they promoted me, maybe one of those pinche diversity programs. I was never a hero, I just wanted to do my time. But the big jefes decided something else for me

Julio Borras wrote: Well amigo it's simple, although I am the Jefe, I still have relations with my crew. Some of these people I've come to depend on. However there are other pendejos I can't stand, and would love to transfer. I could say I'm stuck with them, but truth be told, they're stuck with me vato!

Julio Borras wrote: This vato is loco beyond words. I think a sleeper malfunction fried his brains, because he thinks he's some kind of German leading forces in the name of some silly foorer or whatever this pinche pendejo says. The man can lead so High Command tolerates him, personally, I think he belongs in the looney bin.

Julio Borras wrote: Nothing but an over-glorified janitor. How this pendeja worked her way up to Chief Engineer is beyond me. Those stupido sunglasses as well, every time I see them I want to break them. But she does her job and does her job well, so I can't really complain.

Julio Borras wrote: I am convinced this vato is secretly one of those communista putas. I can't place my finger on it, but I have to watch this vato carefully at all times. Sometimes I want to order his execution, but I never have enough evidence to bring forward a charge. Does his job well, for a dirty communista spy, maybe he does his job too well?

Julio Borras wrote: One of our better requisitions members, although the vata seems to be a bit too carefree. Some of the other crew call her Elizabeth Nightinthot, whatever that means, but I admit I had a chuckle at it.

Julio Borras wrote: This policia vato is loco beyond words. I understand discipline on a vessel, but AY DIOS! Does his job well as our Warrant Officer, but dear god the amigo is ruthless.

Julio Borras wrote: This doctore is another loco, he is always trying to get me to authorize these mad scientist experiments which I deny. One of these days he's going to crack and probably do it without my authorization because I keep breaking his heart.

Julio Borras wrote: One of the best Smartgunners on the Almayer. This vato keeps turning down promotion, and no one can put a finger on it. I just think he likes to shoot that Smartgun and has no aspirations to rise through the ranks.

Julio Borras wrote: One of our helpful staff officers. But I think this vato needs to learn if he wants to Command some day, he needs to stop playing the overglorified Coffee boy role if anyone wants to take him serious.

Julio Borras wrote: This idiota is constantly getting into trouble. High Command won't let me transfer the pendejo, and I can't really kill him. Everytime I have him sent into dangerous situations, he comes out without a scratch. The idiota can fight too. I just wish he would fight the enemy and not his fellow marines.

Julio Borras wrote: I always confuse this vata with the over glorified engineer because they have the same hair, except no sunglasses. Most of the men seem to bully her, and I fell bad, but then I hear her over the comms, and I find myself even telling her to shutup.

Julio Borras wrote: I am convinced the Almayer is where they send all the loco vatos in the corps. Good staff officer, but the loco talks about knights, wine, and other pinche loco shit like he's in the 1500's Can't really throw him into the looney bin because he does his job well I guess.

Julio Borras wrote: Maldita retardado. I sometimes wonder how this vato can put his shoes on with all the stupido shit that comes out of his mouth. I am convinced this vato was sent to the Almayer by High Command just so they could find a reason for me to execute him

Important: This document remains the property of the United States Department of Colonial Navy and is subject to the jurisdiction of the Archives and Documentation Act 2176, Section 30. If you have received this document in error, you are requested to contact the sender and destroy the document.

not putting me. sad
Randal Wilkerson

Roach.
A council member of the Minority Delegation of CM SS13 alongside Bancrose and Mook.
Top

"One must not judge everyone in the world by his qualities as a soldier: otherwise we should have no civilization." - Erwin Rommel

They are actually very balanced. The difference is ya get marines who think they can rambo a xeno and when they die, they get all salty about it.Mizari 10/12/2018, Xeno mutators

Expert at friendly fire, girls and weapons.
Deltard from inside n' outside
Top

This is digusting. You owe me a new pair of eyes.
I have a few whitelists and a few characters...
Top

Jokes on you, The Coffee boy has become the Coffee GOT.

On a serious note, I always appreciate a mention.

Edmund Crawford wrote: Borras? That peasant. I invited him to my victory banquet, but he denied! The nerve! Remove him from my sight.

I have a few whitelists and a few characters...
Top

They are actually very balanced. The difference is ya get marines who think they can rambo a xeno and when they die, they get all salty about it.Mizari 10/12/2018, Xeno mutators

Expert at friendly fire, girls and weapons.
Deltard from inside n' outside
Top

Avalanchee wrote: ↑
05 Oct 2018, 09:24
what's the point of making a mexican character if you don't allow people to call you mamacita

Have any questions or concerns about Synthetic? PM me on the forums, or contact me on the CM discord under the name sleepy#1984 with the nickname Sleepy Retard.

also, Nice Dossier Commander Cucaracha
What we call thehuman heart...It's such a mystery, isn't it?
Alyx 'Winter''Einzbern
¿I can ERP with the Doors Dean?
► Show Spoiler